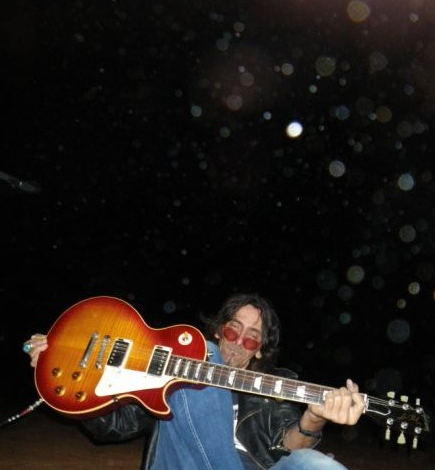 Letting loose on top of the mountain on a moonless pitch black night, when my very good friend Greg bought down my 1964 Vox AC30 from Qld, he brought along a generator, and we went to the top of the Walls and gave it a good test, probably annoyed the owls, scared the dingos, he did some photos with flash, and there's orbs everywhere. 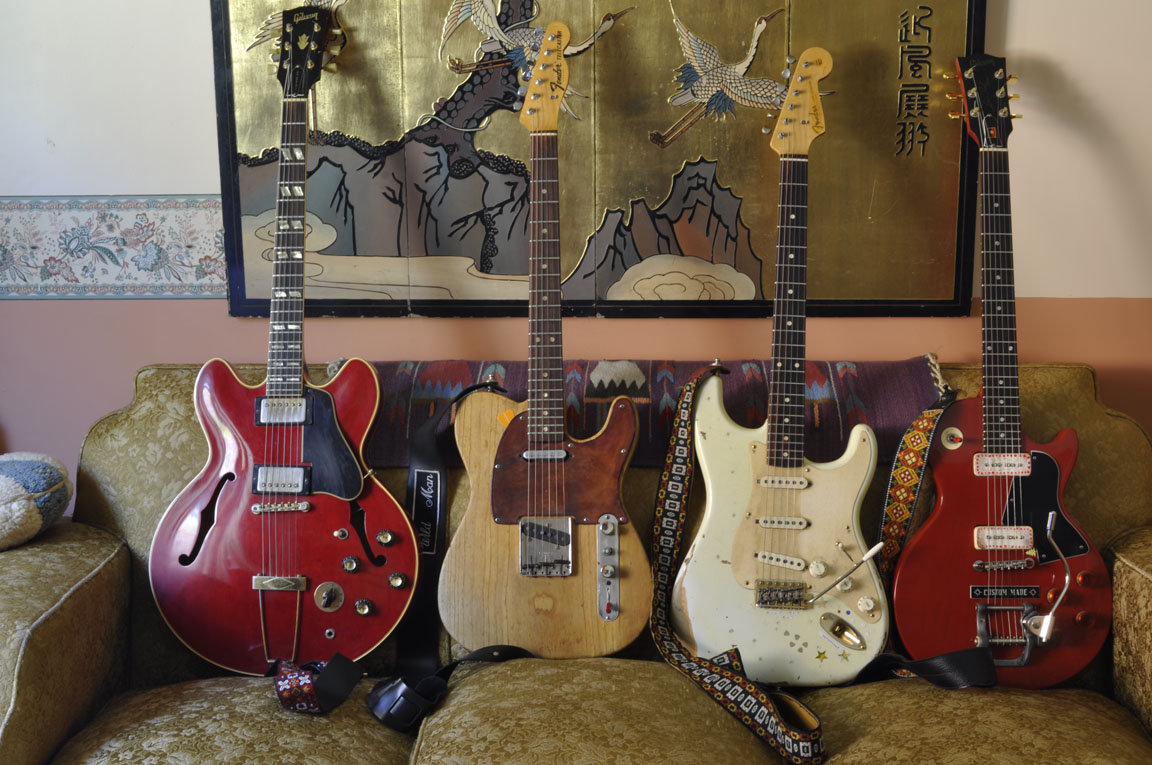 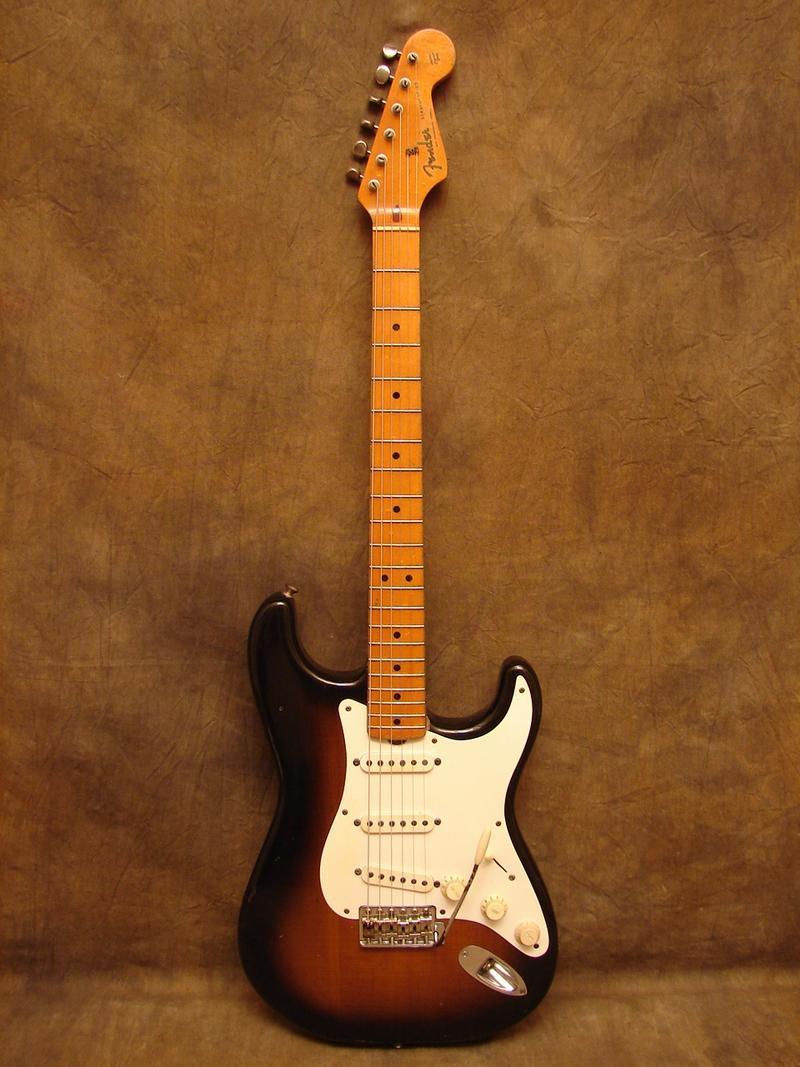 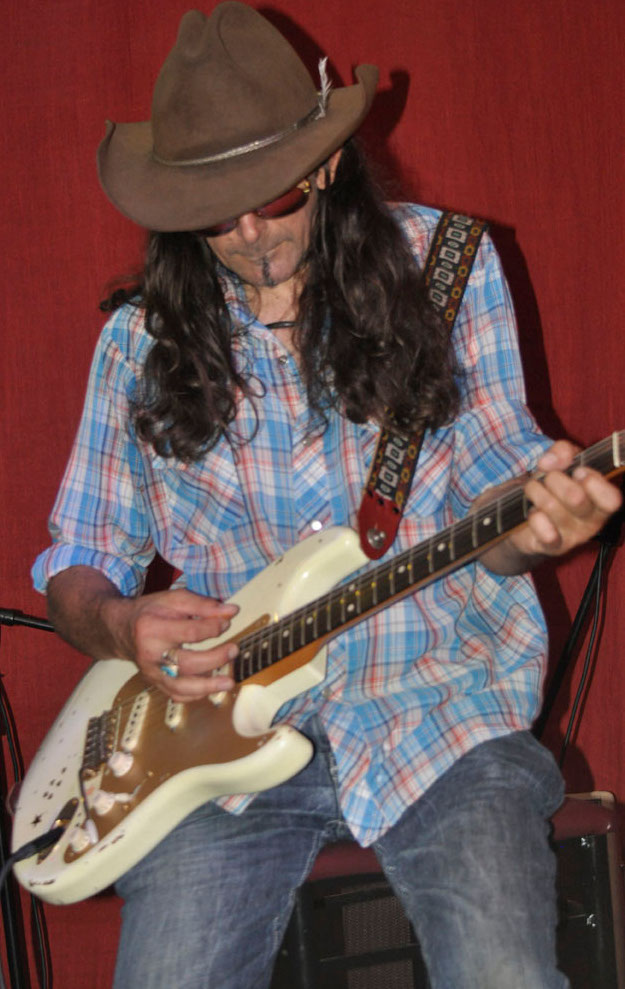 At the Tamworth Music Festival 2013, 10 days at the Tudor Hotel playing for Rod Dowsett as the newest member of the Cold Hard Truth,
Rod's a brilliant Singer, Songwriter and performer and it was a real privilege.
PS At the Tudor for another ten days this Tamworth Music Festval, 2014, as a member of Rod Dowsett and the Cold Hard Truth, hope to see you there. 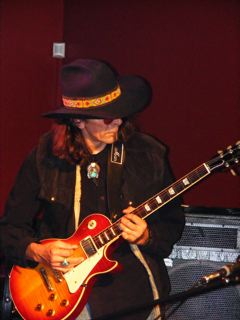 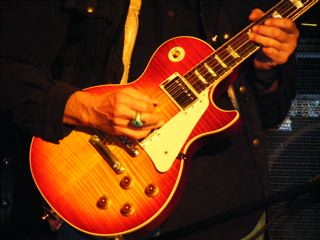 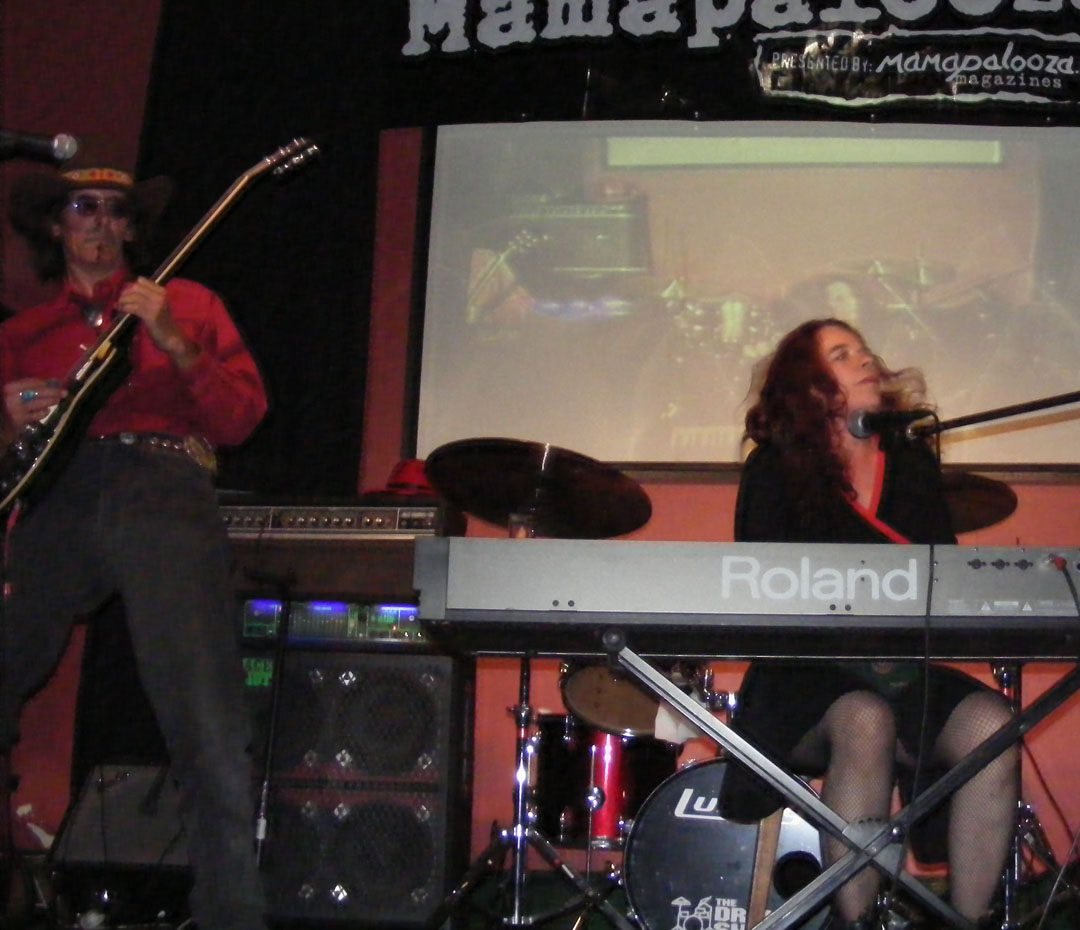 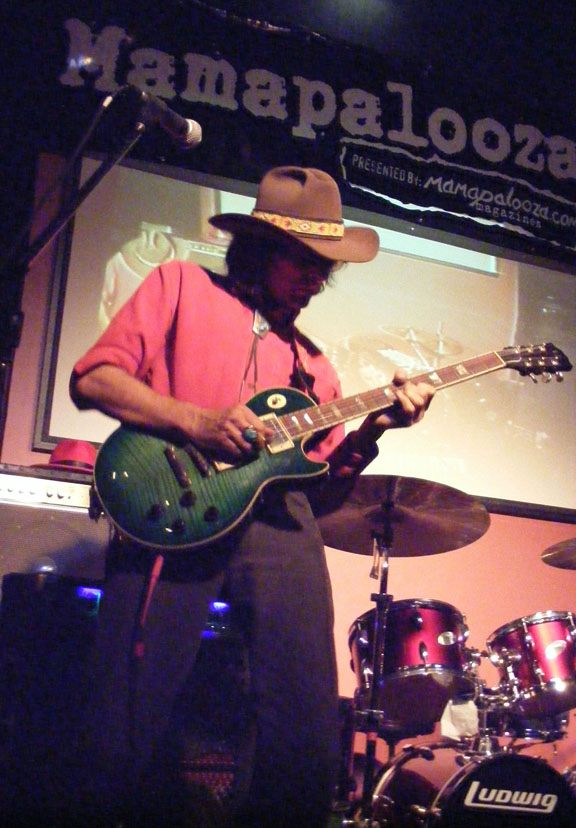 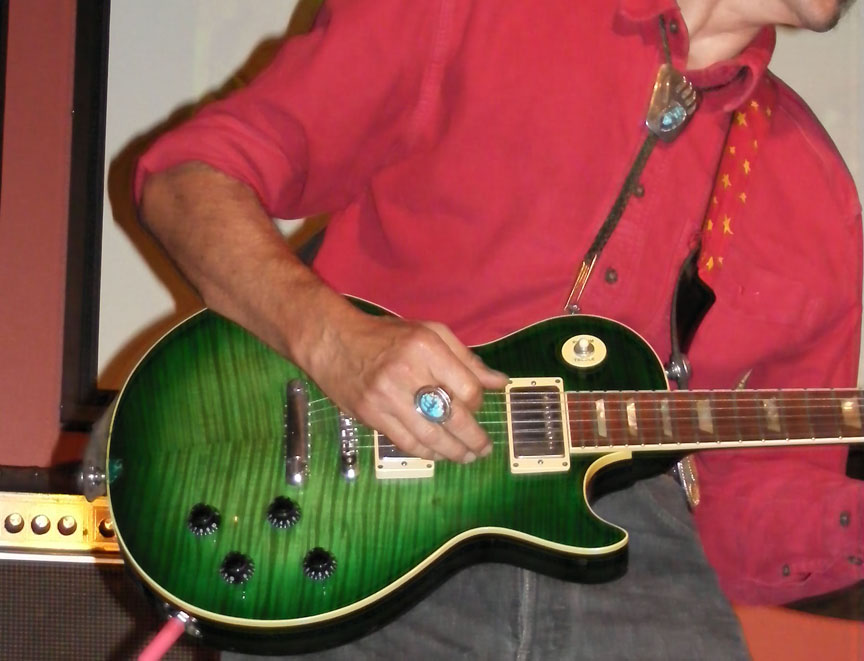 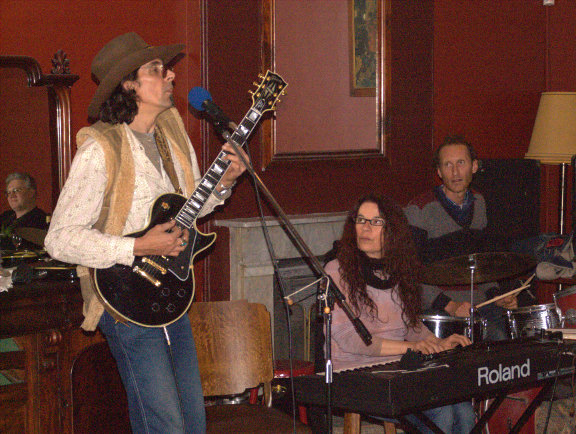 L to R; Wild Man Brun, Pennie Lennon and Will Grey
A reissue of the original Les Paul Custom Black Beauty. 2002 54 Historic reissue, full mahogany body chunky neck, P90 bridge pup and the Alnico 480 neck pup. That Alnico 480 pup is so sweet and deep sounding, giving this guitar a huge range. Very versatile and very Gibson, I'm surprised there's not more of these guitars around. These Les Pauls' sound fantastic, love the ebony fretboard really give these Les Pauls a sweet crisp edge. This guitar has moved on, but is not forgotten. 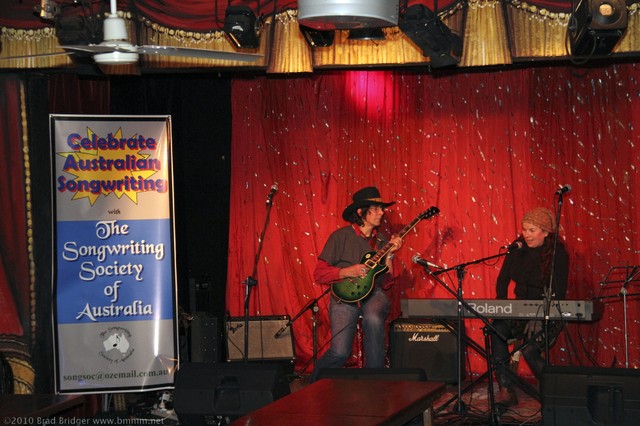 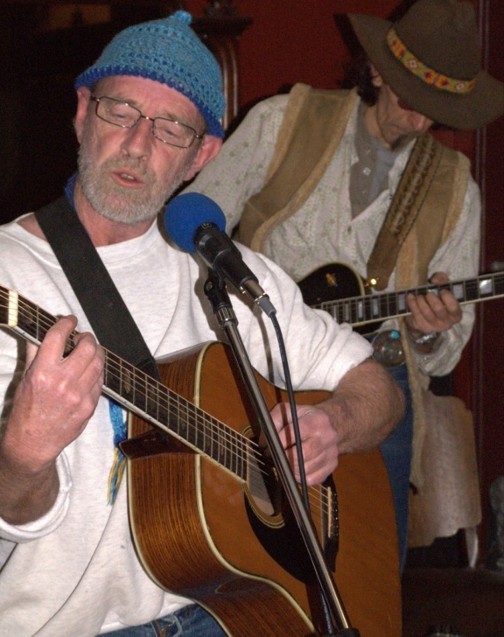 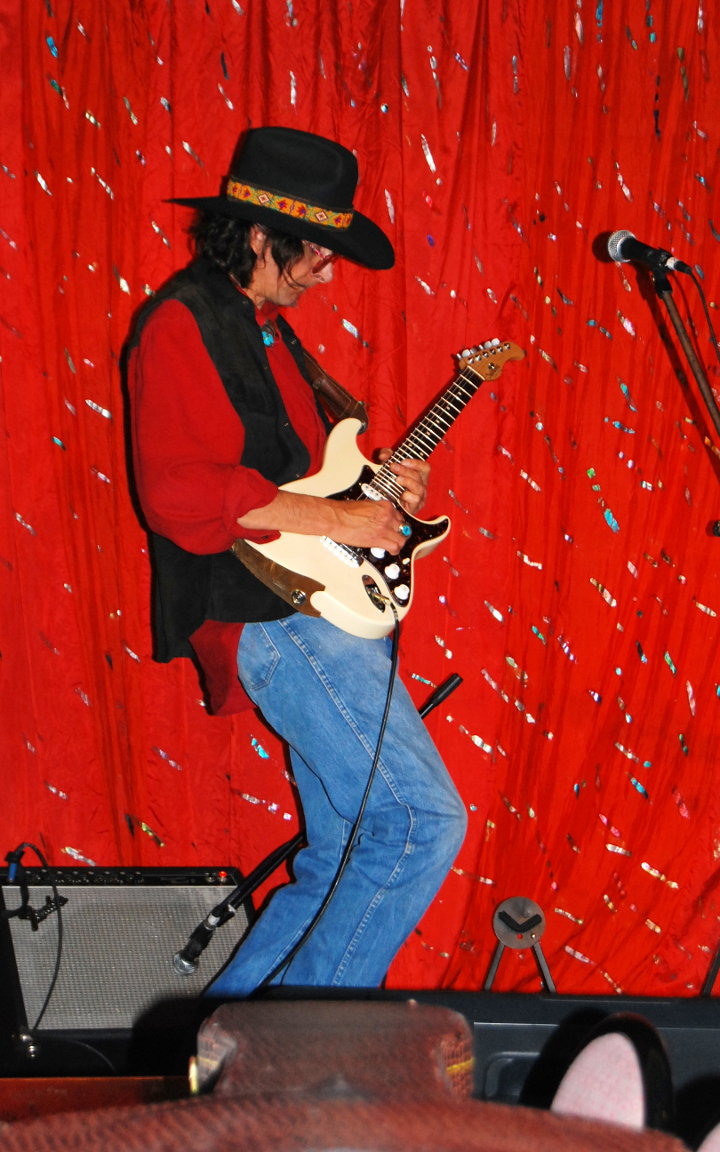 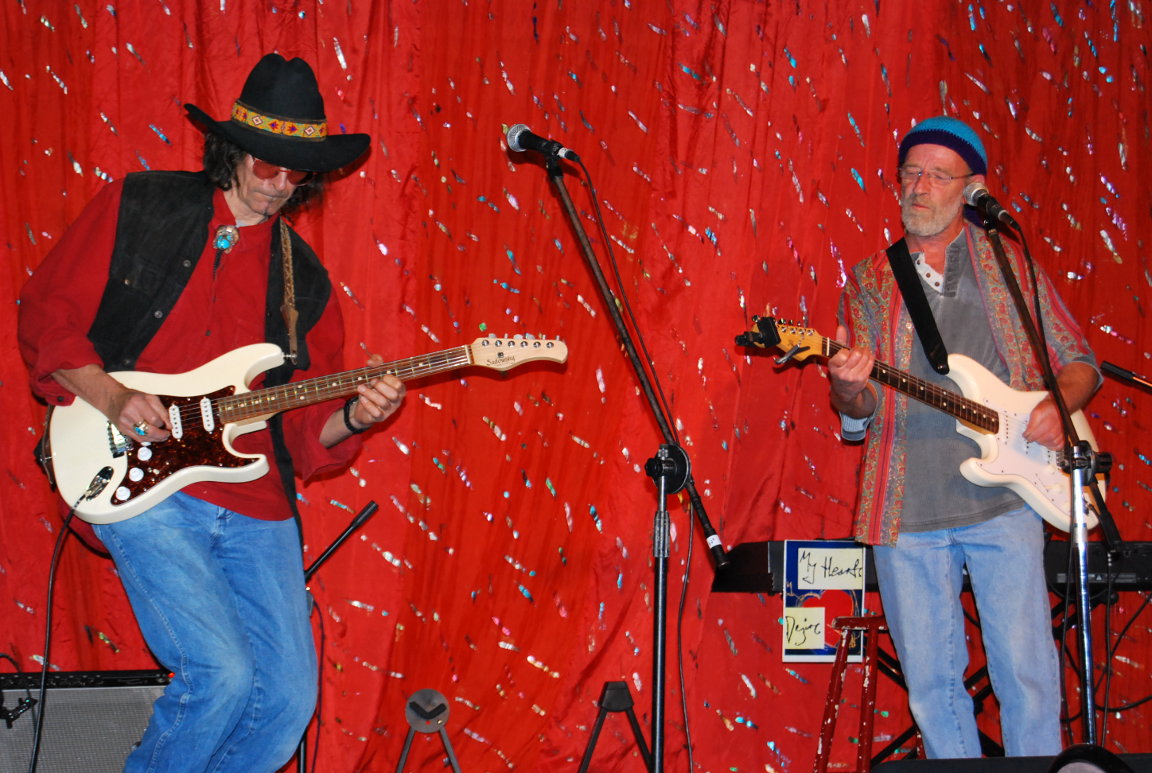 (photos courtesy of Sue Daley)       Wild Man Brun playing a 2004 Sadowsky NYC Strat.(previously owned by Steve King and used on many Eminem recordings) One of the best Strats I've ever played. (Morado 12 inch radius slab fretboard on maple neck and alder body, Sadowsky humcancelling single coil pickups and Sadowsky active boost... the 12 inch radius fretboard feels surprisingly natural and easy to play even though I'm used to the vintage Fender necks like my Tele) This guitar has also moved on, but is not forgotten.
Backing David Griffith at the Clarendon in Katoomba 27th October 2009

MAD COWBOY DISEASE
www.myspace.com/madcowboydisease01
Look out for them. - WANTED - 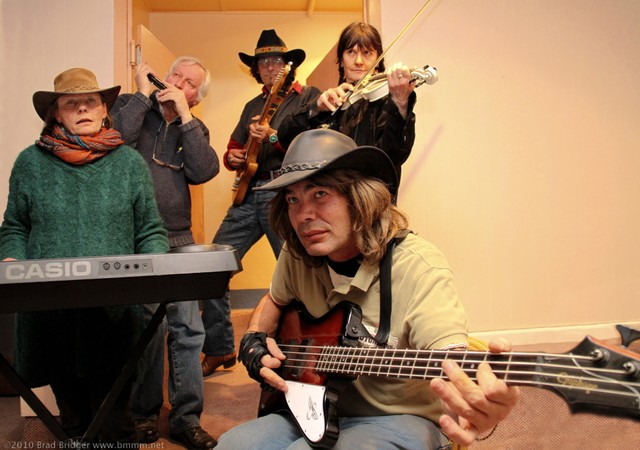 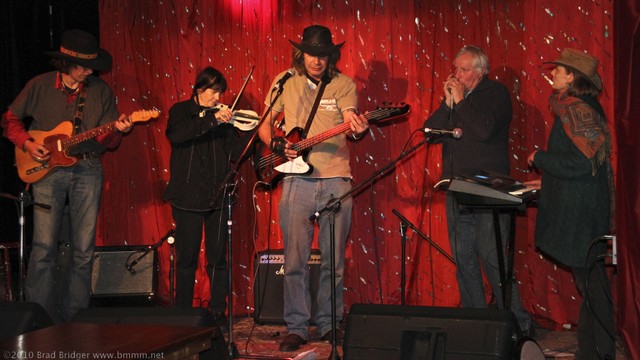 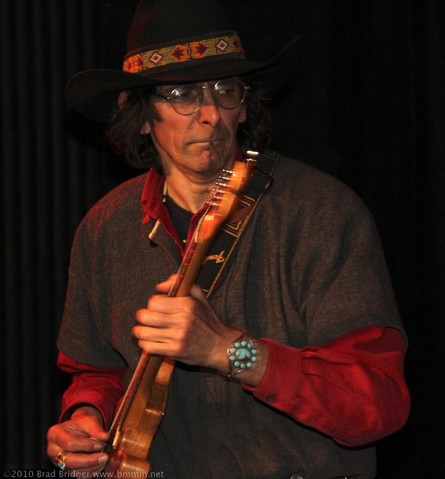 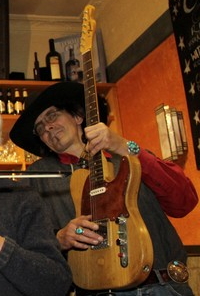 Playing with the Mad Cowboy Disease 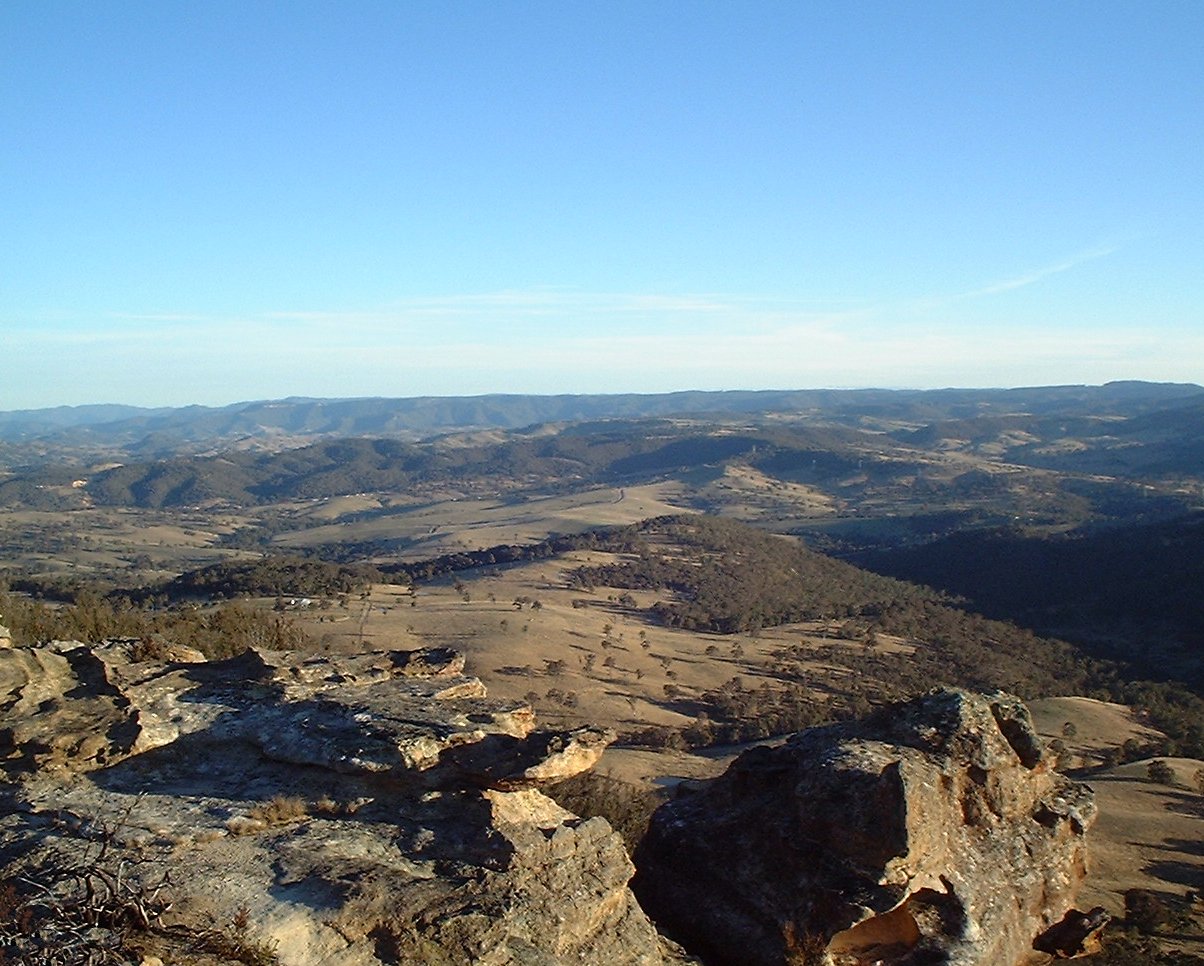 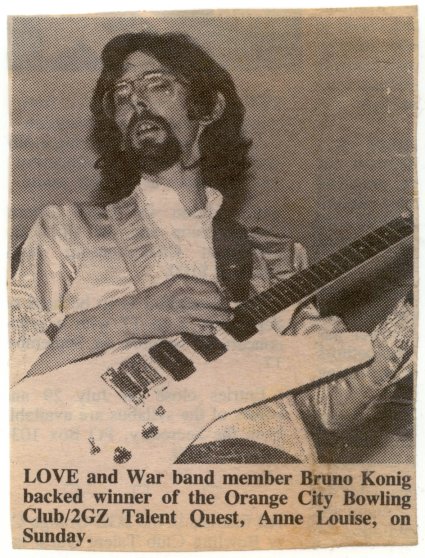 Newspaper clipping from 1987
a younger Wild Man Brun
so many guitars have come and gone in my colourful planetary excursion - 1984 three P90 Gibson Explorer.